Spending time in the kitchen has been a source of joy in lockdown, a way of finding calm, space and creating something nourishing. The new Lewisham Cookbook is new one written by Londoners, about Londoners, for Londoners.

The illustrated recipe book celebrates the people and cultures that make Lewisham one of the most diverse, thriving and exciting boroughs in the Capital. It has recipes ranging from jazzed up new versions of old favourites. Recipes were selected after speaking with local people about the meals they enjoy and their cultural significance.

You will find everything from Gin and Tonic Lemon Drizzle Cake to incredible recipes from Syrian refugees making a home in the borough.

The Lewisham Cookbook also acts as a guide to the borough’s incredible local businesses – from Deptford to Downham where readers can head to find the dishes they’re learning to cook.

Food is a language without barriers. It connects past and present, allows us to dive into another culture with nothing but excitement, and leave heartened and a little wiser.

The book will be released on the 1st March, pre-order the book from House of Lewisham here.

The book has been produced by online department store ‘House of Lewisham’.

A percentage of sales will be split between Lewisham Food Bank, and The Refugee Cafe who work with refugees to break down barriers and create opportunity, employability and community for those granted asylum in London.

About House of Lewisham
It started off as a few hoodies printed for Team Catford’s uniform into turned House of Catford. When other parts of the borough started asking for merchandise they couldn’t refuse! Hence the launch the House of Lewisham. They describe themselves as a hyper-local online department store, that celebrates our beloved area with an extensive range including hoodies, sweaters, tote bags and key rings.

Christmas Food and Services in Lewisham

Round About Now- new Mural for Lewisham Bridge

The Wellmeadow Rd Street Party- 20 May 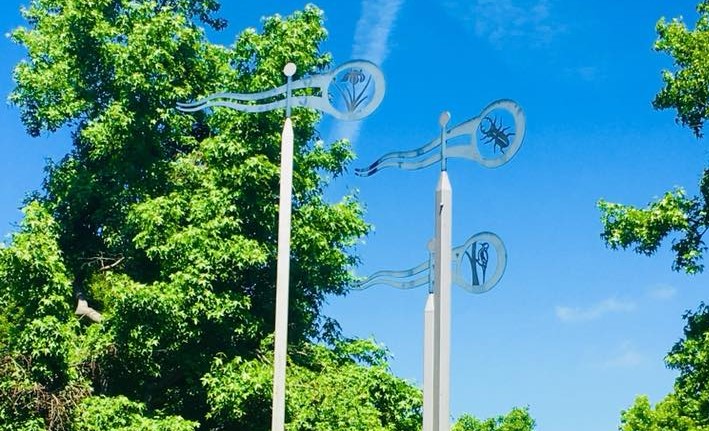 A New Start for Manor Park