We’re all being encouraged to get more active and take more exercise. Hither Green resident Freya Rodger has taken that to heart and has set herself an Olympian challenge, The Freyathlon!

What is Freyathlon?
It’s me trying my hand at every Olympic sport women will be competing in at the Olympics in Rio. I’m planning to complete Freyathlon before the Olympic closing ceremony on 21 August – so there’s no pressure on me!
And I’m writing about my escapades so people can find out what I’ve done and what I’ll be doing on my blog, or follow me on social media. Twitter: @freyathlon

How many sports will you be doing?
Women will be doing 41 of 42 sports for Rio2016. The only sport women won’t be doing is GrecoRoman wrestling – and I think we can all be glad I don’t have to do that one!
Some of the sports are quite straightforward, in weightlifting there’s two lifts, but some of them, like swimming, have different distances and individual and team events so I’ll be having a go at each of them. All up I’ll be doing more than 100 sporting events.
I’m trying to do as many sports as possible in and around SE London and trying to do as many as possible for no or low cost. I think it’s important that we can all be as active as we can and I don’t believe being active has to break the bank.
How did you come up with the idea?

I was listening to the radio during Women’s Sport Week 2015 and there was a programme discussing women’s participation in sport and what some of the barriers were to women starting and staying involved in sport. It struck a real chord with me because it made me think about when I was, and wasn’t, able to be active.

Then I thought about the Olympics taking place and thought ‘wouldn’t it be great to have a go at all those events?’ And that’s how I decided to do it. The name Freyathlon came along a bit later after I’d talked with a design agency and they developed the name, brand, and digital materials.

Have you always been interested in sports or being active?
Not really. I did some sports at school but after I left school the only activities I did were walking and cycling. I’ve always enjoyed watching sports: cycling, tennis, swimming, rugby.
I’m a middle aged woman, carrying more weight than I need, in remission from cancer.
Can you tell us about your cancer diagnosis?

I was diagnosed with non-Hodgkin lymphoma in 2012 and underwent six months of chemotherapy. All my treatment was delivered as an inpatient at Lewisham hospital so I was pretty much in a bed or on a sofa for six months. It was tough. When I finished chemotherapy and moved into remission I was shocked at how weak I’d become. Walking upstairs was a real effort and I had to sit on the top step to get my breath back. So I had to figure out how to rebuild my health and fitness.
I started walking to the end of the road and gradually increased the distance until I could walk to the Café of Good Hope or You Don’t Bring Me Flowers then make a trip around Mountsfield Park. After a few months I decided I wanted to get back on my bike but I was worried I might not have enough energy to cycle back home once I’d gone out!

There used to be a spin studio on Springbank Road so I started going there. I told the instructors about my health and they were really supportive, making sure I went at a pace that suited me. It took a while but my fitness and stamina returned and, one year after starting chemotherapy, I did my first big bike ride – 52 miles to raise money for Leukaemia & Lymphoma Research (which is now Bloodwise). It felt amazing to take part in that bike ride, and it was a very emotional day.

Did you do any other sporting events?

After I’d done the bike ride I decided I’d have a go at running. I’m not a natural runner and found it difficult but I trained for a Race for Life in Blackheath, then did a 10k at the Olympic Park (to mark the second anniversary of finishing chemotherapy and moving into remission), and I signed up to do the Royal Parks Half Marathon (to mark the third anniversary of starting chemotherapy). That half marathon became part of my Freyathlon marathon – I did two half marathons in seven days.

I’m also part of a dragon boat team for people affected by cancer. I joined WaveWalkers in 2014 (around the time of the second anniversary of starting chemotherapy) and we train twice a month either at Docklands Sailing and Watersports Centre or on the Thames near Cookham. I love paddling. It’s great exercise and lovely to be part of a team. Last May we took part in Vogalonga in Venice and we’ll be taking part again this year.

Which sports have you enjoyed and which are you looking forward to?
The sport I enjoyed is usually the last one I did! Of the sports I’ve completed, I loved archery at Club Langley, BMX cycling at Hornfair Park in Charlton, tennis in Mountsfield Park, track cycling at Herne Hill Velodrome, and weightlifting in Battersea Park.
I can’t wait to have a go at the shooting, and some of the field athletics events. And I’m really excited about the synchronised swimming: I’ll be joining the Dive-in Belles at Tooting Bec Lido.

Any sports you’re nervous about?
The diving! And the gymnastics won’t be pretty.

What’s your next sport?

Next up will be football and taekwondo. And I’m working my way through the swimming and athletics events. At the beginning of this year I couldn’t swim a stroke of front crawl but, after getting some adult swim lessons at local pools, I joined three other adult learners for Sport Relief’s Swimathon16 and, together with three of our instructors, we managed to swim 100 laps, or 2.5km. I’m pretty happy about that! But there’s still a bit to do before August!

What happens after you finish Freyathlon?
There’ll be a closing ceremony but I don’t know what it’ll look like yet. So if anyone has any ideas I’d love to hear them! 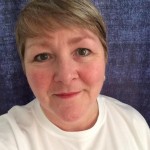 Talk about the vaccine