On 4 February a freight train at the Hither Green was derailed and an estimated 4000 litres of diesel was spilled into a ditch. The contamination later found its way into our local river. 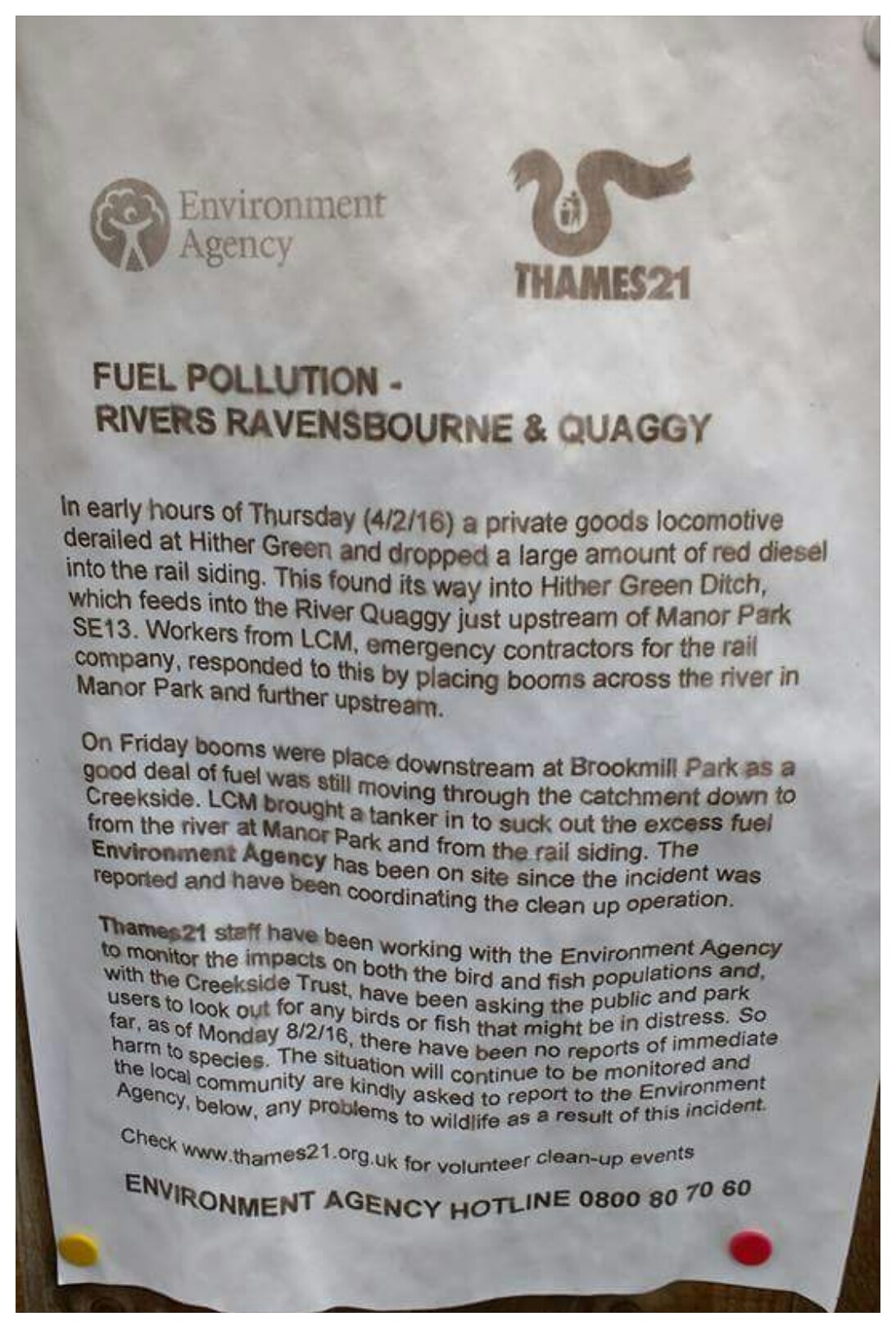 Over the weekend an iridescent greasy film was spotted on the River Qwaggy in Manor Park, diesel has now been  found as far as Brookmill Gardens in Deptford.

The Environment Agency did send workers to Manor Park to put booms in place to prevent any more diesel from being spread. However this evening there are now reports that the booms have been displaced by two days of wild weather.

Bird nesting season begins next month, and we can but hope that after many hundreds of volunteer hours to improve our local river, the diesel spill does little permanent damage. Current advice from QWAG is to keep children and dogs out of the river for the next week.

Thank you to QWAG, The Creekside Trust and Laurence Collins of Thames 21 for pursuing this issue.

Thank you to the Creekside Trust for the use of its tweets and photos.

diesel travelled sideways and got into river. Booms now in place downriver as far as Brookmill Park pic.twitter.com/0B44zNbj4V

It was covering the river down to Laban and there was a strong diesel smell. pic.twitter.com/rHJqFsybly

Cause was derailment at Hither Green sidings. Fuel tank punctured. Diesel went through made up ground till hit impervious London Clay then 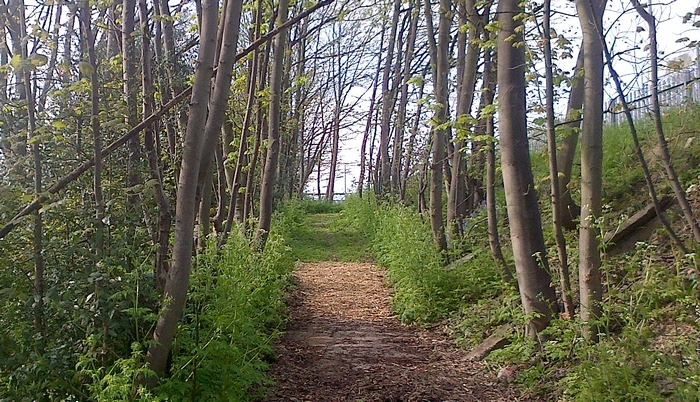