The Elm Tree used to be a common sight in British woodland and on British streets, things changed during in the 1960s and 70s when a pernicious fungal disease wiped out the entire species. ‘Dutch Elm disease’ as it became known was imported from infected Dutch timber. It is estimated close to 28 million elms died.

Since then the search has been on to find and propagate the few British elms which survived the catastrophe, and which perhaps have some natural immunity. In recent years the Great British Elm Experiment has involved over 700 schools across the nation in growing young elm saplings propagated from these resistant varieties. It’s a long term experiment to test the true immunity of these new elms.

Now Hither Green will be taking part now in the Great British Elm Experiment too! The local residents who run the Hither Green Station embankment conservation project hope to establish a new colony of elms in the woodland surrounding the train station. They will be adding to the body of botanical knowledge and investigations into why some trees survived.

Hither Green will received up to 30 elm saplings- a mix of Ulmus minor, procera, glabra and x vegeta varieties. They have been propagated from mature elms across the UK which appear to have resisted Dutch elm disease for at least 50 years.
While resistance can never be guaranteed the Elms will add a richness and diversity to local habitats, encouraging a raft of new birds and wildlife to breed and make Hither Green their home.

If you are interested in taking part in this project please do email Volunteer@ourhithergreen.com
HELP! Please get in touch if you’ll be able to help pick up the saplings from Somerset House on Sunday 29th November.
Other tasks: Helping find and prepare suitable sites on the Springbank Road and Fernbrook Road embankments and then tree planting!

The Big Draw comes to Catford

Green Hither Green- 4 Perfect Areas to Get Fit This Summer! 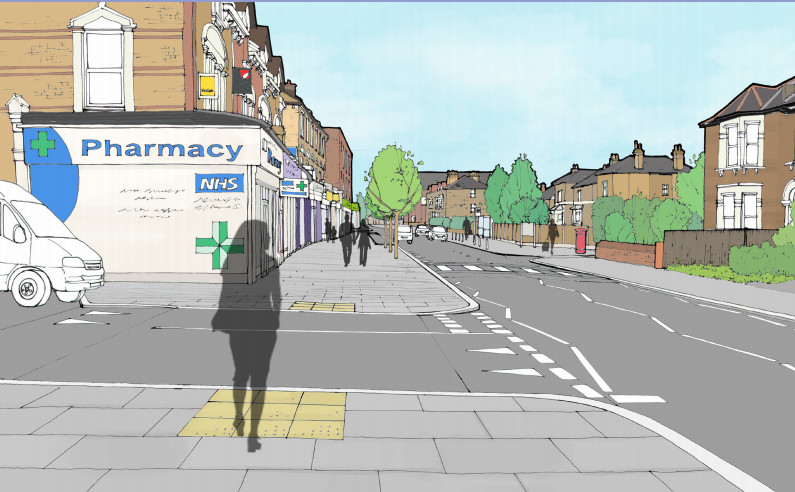