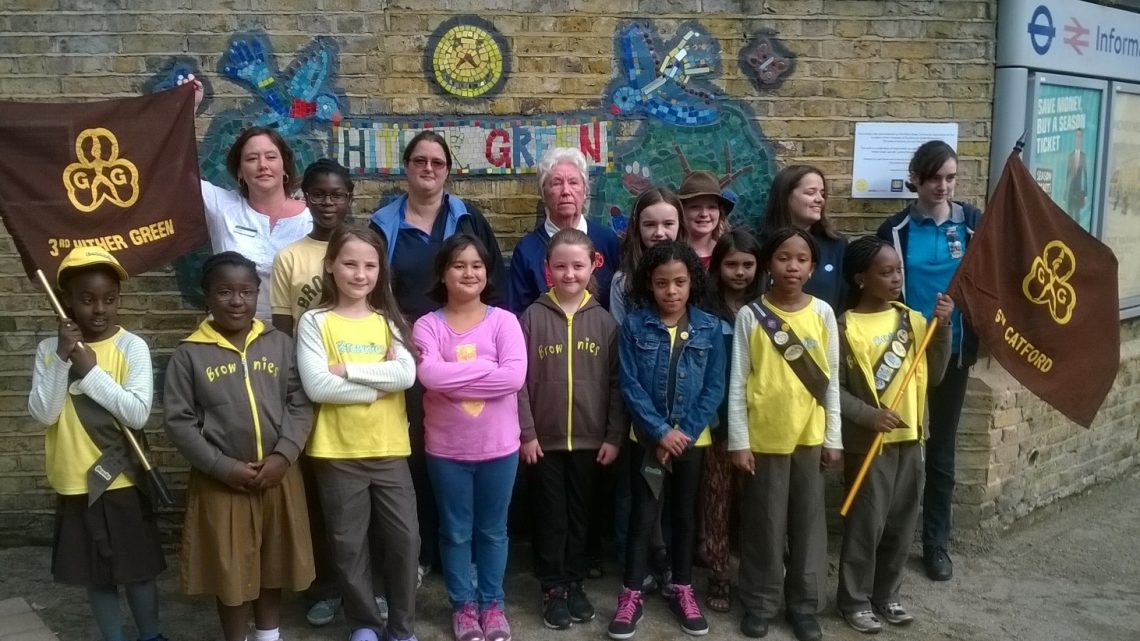 Mrs Jean Hewitt (centre) founded the 3rd Hither Green Brownie Pack back in 1958. Now an occasional helper,  Jean has been guiding the young girls of Hither Green for 45 years!

At Hither Green Station this Sunday, Jean came together with Clare the current  Brown Owl  and Christine the Brown Owl of the 6th Catford.

They were joined by their Brownies, their supporting leaders, parents and members of our community to unveil the plaque which now accompanies the wildlife mosaic at the entrance to Hither Green station.

Josie Foster, Chair of the Hither Green Community Association introduced Jean who spoke movingly about what her years of service have meant to her.

Brownies from each Pack also spoke about working on the mosaic together.

Also unveiling the plaque was  Sonia, a representative from South Eastern Railways. Many cakes were consumed in the aftermath!

Look out for coverage in the South London Press and The News Shopper this week! 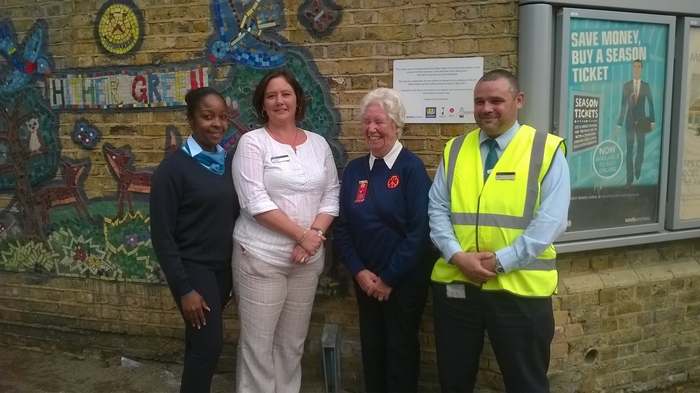 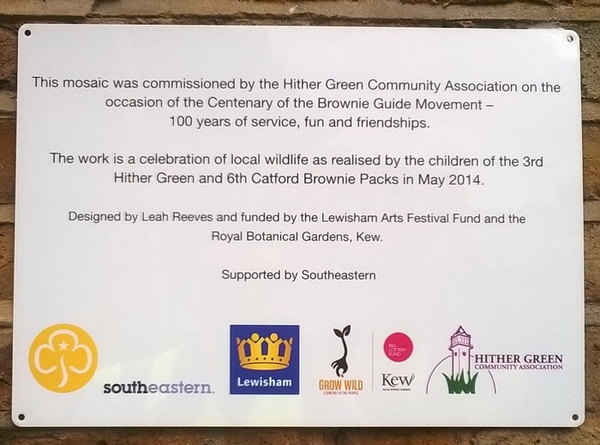 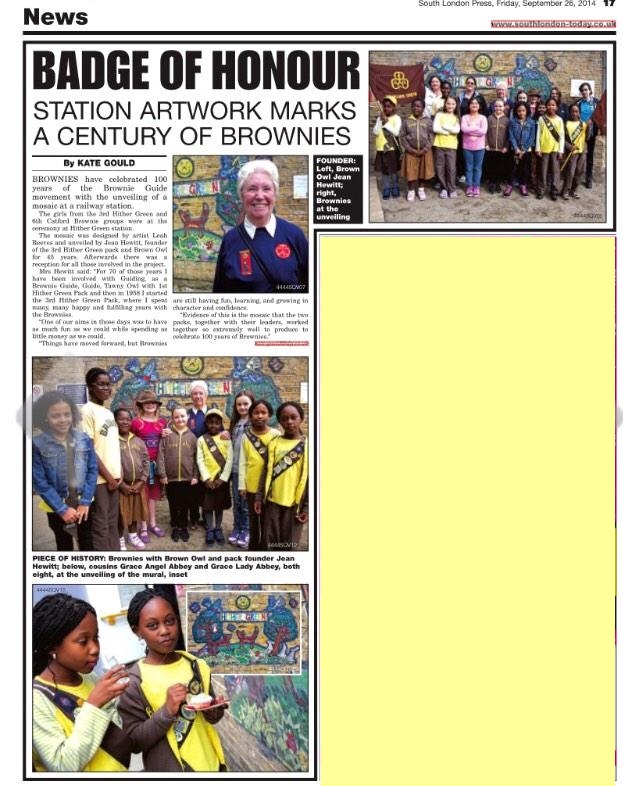 Previous post Kingfishers making a life in the R. Quaggy 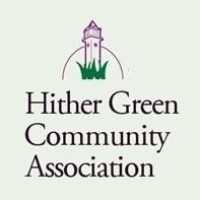